The worst carnage occurred near the northern industrial city of Beiji where a bus carrying 24 people was hit by a roadside bomb, said Defense Ministry spokesman Mohammed al-Askari. He said all on board died. 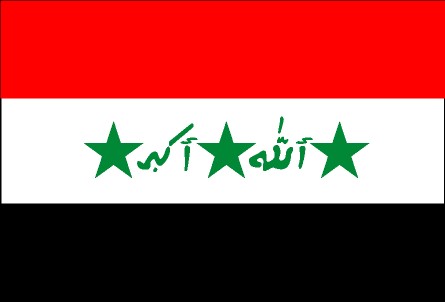 A police captain had earlier said that 20 Iraqi soldiers were killed in the bus. Al-Askari confirmed that many among the passengers were soldiers, but said he did not know their number.

The bus was not being escorted by U.S. troops, as earlier believed, he said. Following the blast, a curfew was imposed in Beiji, 250 kilometers (155 miles) north of Baghdad.

A few hours later, a bomb-laden car blew up near a bank in the once-fashionable Karradah neighborhood of Baghdad, killing at least 14 people and injuring 37, said police Lt. Col. Abbas Mohammed Salman.

He said the target was well chosen because Iraqi security forces draw their salaries from the bank on the first of every month.

The blast set several cars on fire in the leafy Shiite neighborhood. Dismemberd bodies were strewn on the sidewalk, the AP reports.

Karradah has seen increasing violence in the sectarian fighting between Shiites and Sunnis in recent months. Last Thursday, rockets and mortars rained down in the neighborhood, collapsing an apartment house, shattering shops and killing 31 people. A car bomb also exploded at the same time.

Such repeated violence, carnage and daily kidnappings are chipping away people's confidence in the ability of Prime Minister Nuri al-Maliki to impose the will of his secuirty forces and end sectarian strife as well as general lawlessness.