US and South Korea to have presidential summit in September

The government of President Roh Moo-hyun had been pushing for a summit with U.S. President George W. Bush in Washington, but South Korean Foreign Minister Ban Ki-moon refused to reveal a precise date or location. 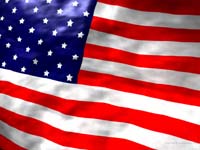 US and South Korea to have presidential summit in September

The announcement comes amid heightened tension in the region after North Korea test-fired at least seven missiles Wednesday, including a long-range Taepodong-2 that is believed to have the capability to reach parts of the U.S.

Seoul and Washington are also participants in six-nation talks aimed at coaxing North Korea to abandon its nuclear weapons program, but the two allies differ over how to deal with the North, the AP reports.

The South seeks engagement and reconciliation, while Washington has sought to press the North by imposing punishments for alleged illegal financial activities.

After the North's missile launches, Bush is seeking a strong international rebuke, while Roh's government has called for "patient dialogue" with the North.

The September summit would be the first direct contact between the countries since November, when they met in the South Korean city of Gyeongju on the sidelines of the Asia-Pacific Economic Cooperation forum summit in Busan, South Korea.