Reiter, who has a son named Daniel, will spend six months living on the space station, bringing the size of the crew to three people for the first time in three years. 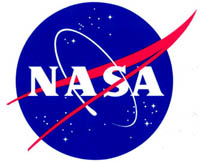 The crew size was reduced in the years after 2003's Columbia accident when NASA's shuttle fleet was grounded. Russian vehicles weren't large enough to keep the space station supplied for more than two people.

The docking with the space station, orbiting about 220 miles above Earth, was to come a day after in-flight inspections of Discovery by its crew, using cameras attached to a boom, revealed no major damage from the launch.

There would be one more opportunity to inspect the space vehicle before docking.

About 600 feet (180 meters) below the space station, Discovery's commander, Steve Lindsey, planned to maneuver the space shuttle into a back flip so that space station crew members Pavel Vinogradov and Jeff Williams could take pictures of its belly for signs of damage.

NASA managers were optimistic that one of six small jets used to maneuver the shuttle would work properly for the 360-degree pitch even though its heater failed before liftoff. During the flight to the space station, Discovery was positioned to keep the jet in the sunshine so that its engine didn't freeze in the vacuum of space, the AP reports.

Wednesday's inspection by the astronauts uncovered a thermal tile filler poking about a half-inch (centimeter) out of the belly of Discovery. Deputy shuttle program manager John Shannon said better data should be available Thursday, but for now engineers do not believe the dangling fabric will pose a danger for re-entry or require repairs. Last summer two similar strips had to be removed in orbit.