World Cup: who will be the Best Young Player? 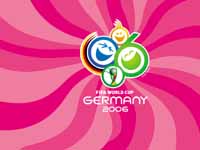 World Cup: who will be the Best Young Player?

Other finalists are Tranquillo Barnetta of Switzerland, Cesc Fabregas of Spain, Lukas Podolski of Germany and Luis Valencia of Ecuador.

Messi, Ronaldo and Valencia made the shortlist by finishing in the top three of fan voting via www.FIFAworldcup.com while Barnetta, Fabregas and Podolski were nominated by FIFAs Technical Study Group, the AP reports.

The original field consisted of 40 players.

The award, sponsored by Gillette, goes to "the player born on or after Jan. 1, 1985, who makes the biggest impression at the FIFA World Cup ... criteria for the award include style, charisma, fair play and appetite for the game, as well as pure technical skill."

The 14 members of the Technical Study Group will decide the winner, who will be announced Friday.