According to an exhibit at the Seament's Church Institute, minutes after the first hijacked jetliner hit the north tower of the World Trade Center, the Coast Guard base put out a call on the harbor maritime network: "All available boats!" 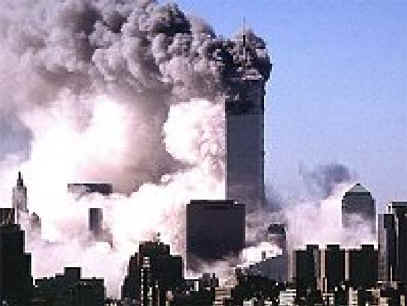 That put in motion what would become the largest evacuation by water since a flotilla of civilian craft saved more than 300,000 British soldiers trapped on the beaches at Dunkirk, France, in 1940.

The exhibit, called "All Available Boats," documents the hundreds of craft - tugs, ferries, workboats, fireboats, charter and pleasure craft - that converged on points along Manhattan's west side to collect survivors and take them to safety.

By day's end, some 300,000 people had been evacuated by water, according to the exhibit, as thousands of others filled the streets, walking north or across bridges to Brooklyn and Queens to get out of the lower end of Manhattan.

Stories evoke the chaos of the day, but also reveal an efficient and well-organized response by members of the maritime community, according to the AP.

Watching from a Staten Island dock as the disaster unfolded, "we decided we needed to so something," says Ken Peterson, port captain for Reinauer Transportation, one of a half dozen tugboat operators in New York harbor.

Once the Coast Guard cleared them, he radioed: "All the Reinauer boats and anybody else, let's go and get the people."