Paul Goggins, the health minister in Northern Ireland, said the plans would "make adoption work more clearly, consistently and fairly." He said the reforms would make "vulnerable children safe in permanent families. I am confident that these reforms to adoption and permanence planning will transform the life chances of hundreds of children." 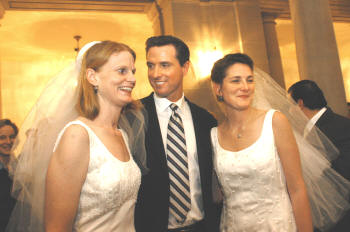 The move would mirror a change last year in the adoption law in England and Wales, two other parts of the United Kingdom. It would allow gay couples in a civil partnership - the so-called "gay marriage" ceremony that became legal last year throughout the U.K. - to apply to adopt a child. It also would open up the adoption market to unmarried couples who have been "living as partners in an enduring family relationship."

Barbara Hutchinson, deputy chief executive of the British Association for Adoption and Fostering, welcomed the move.

Britain's Northern Ireland Office said about 2,500 children were in state care awaiting new homes, but only a fraction are adopted. It said just 74 children were adopted in the 2004 fiscal year, while those adopted waited an average of 3 years and 10 months. The annual adoption rate in Northern Ireland, which has a population of 1.7 million, peaked at 554 in 1970 but has fallen steadily since, according to the AP.