And while there have been sporadic reports of other "miracle" recoveries following years of a vegetative state, few, if any, of those have lasted more than a day or so. Wallis's recovery, widely reported in the media when it happened, has gone on for almost three years now. 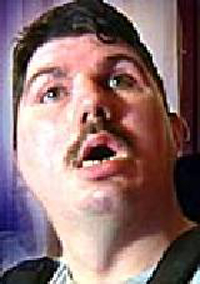 "This is the only patient who was known to emerge after such a long time from such a state," said Dr. Nicholas Schiff, associate professor of neurology and neuroscience at Weill Cornell Medical College in New York City. "This particular story of a man 20 years out recovering and sustaining the recovery and moving on is certainly, to my knowledge, unique and never studied."

Schiff, senior author of a study on Wallis and his brain in the July issue of the Journal of Clinical Investigation, first saw Wallis eight months after he started speaking. That was in April 2004.

More than two years after that breakthrough, Wallis has become more alert, recovered more speech and motor control and, most remarkably, has recovered motor function in his lower extremities.

To investigate how Mr Wallis has made this recovery, a US/New Zealand team of researchers scanned his brain using a technique called diffusion tensor imaging (DTI), acording to BBC News.

Using this method, the scientists were able to look at Mr Wallis's brain in detail, so as to see any damage or reorganisation of his white matter.

White matter is the part of the brain that contains nerve fibres wrapped in an insulating fatty substance, called myelin. It is responsible for transmitting information in the brain, whereas grey matter processes it.

The first scan took place eight months after he spoke his first words.

Henning Voss, associate professor of physics and radiology at Cornell University, New York, and the lead researcher, said the scan revealed that Mr Wallis had suffered severe damage to his white matter, but in one region of his brain there was an increase in tissue bulk.

In a second scan 18 months later, the scientists could see increased white matter in a second area of his brain, in a region associated with movement and co-ordination. Dr Voss said this was also in accordance with his progress.

The researchers believe the most likely explanation is that axons, the long thin connections that make links between different brain cells, have re-grown.

The team pointed out that people in a minimally conscious state (MCS) showed more than the reflex or automatic behaviour seen in patients in a persistent vegetative state. Although they said axonal re-growth may not occur in all MCS patients, their research could help determine if drugs or new therapies could help them Telegraph.co.uk reports.