This World Cup produced unprecedented success for the Andean nation,  reaching the second round in only its second trip to soccer's quadrennial championship. 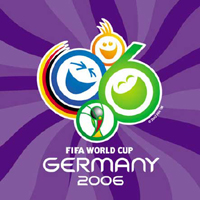 Following a first-round exit four years ago, in which Ecuador left South Korea and Japan with no victories and no praise, this time they beat Poland and Costa Rica to receive plaudits before a lopsided loss to Germany.

Among those offering acclaim was German coach Juergen Klinsmann, who pointed out there was a reason why Ecuador finished third in the South American qualifying behind only traditional powerhouses Brazil and Argentina.

Suarez had no excuses for Ecuador's second-round elimination, admitting that England deserved the 1-0 victory.

Goalkeeper Christian Mora, who dive to the right managed to get fingers to Beckham's curling free kick enough to push it off the inside of the right post, said Ecuador has reasons to be satisfied with its World Cup adventure, the AP reports.