Raul want to have defeated French team as birthday present 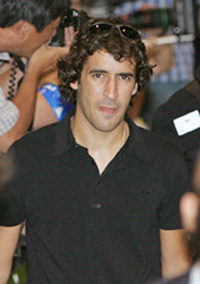 Raul want to have defeated French team as birthday present

Coach Luis Aragones hinted that Raul, who was relegated to the bench in the group stage, will play at least one half against "Les Bleus" in the second-round clash in Hanover.

Raul warned that the French had yet to play their best in the tournament, the AP reports.

While Spain's squad is young and inexperienced on the international stage, many of the France players who won the 1998 World Cup and European championship two years later are still on the team.