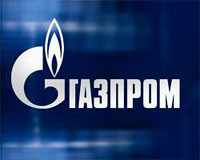 Despite international concerns over Iran's nuclear program, Russia has close business ties with Iran. Moscow has arms contracts worth hundreds of millions of dollars (euros) with Tehran and is building a nuclear power plant in the Iranian southern port of Bushehr under a US$800 million ( Ђ 640 million) contract, according to the AP.

Sergei Kiriyenko, the head of Russia's atomic energy agency, said Monday that work at the plant was on schedule and would be completed in 2007.