Opponents of the reform say change is necessary, but criticize the reforms drawn up by the previous conservative government as being a slapdash, confusing effort that would give too much power to the executive. 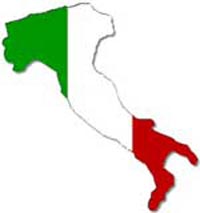 The reforms would strengthen the premier's powers, transfer some authority away from Rome to the country's regions and are meant to speed up the passage of legislation.

The referendum demands only a vote for or against, but the changes would alter more than 50 of the 139 constitutional articles, representing the biggest change ever made to the document, enacted in 1948.

The reforms would allow the premier to dissolve parliament, a power now in the hands of the president of the republic. The premier also would have the power to appoint and fire Cabinet members, decisions that the president now must approve.

Other measures, some of which would not take effect for years, include transferring authority over health, education and security from the central government to the nation's 20 regions.

For some, the proposed reforms represented a chance to modernize an antiquated constitution that limits the premier's powers more than other Western governments, reflecting the country's fear of dictatorship after Benito Mussolini's Fascist wartime regime. Italy has had 61 governments since World War II.