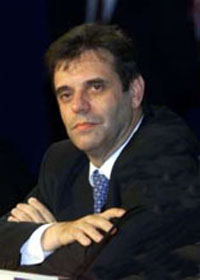 Vojislav Kostunica said that "the policies of constant conditioning" and pressure on Belgrade so far have had only negative consequences, according to comments published in the Politika daily.

Mladic, the former Bosnian Serb commander, is wanted on genocide charges by the court in The Hague, Netherlands, for orchestrating a 1995 massacre of 8,000 Muslims in Srebrenica.

Kostunica's government has blasted the EU over the suspension, saying it has done all it could to locate the fugitive general, but could not find him.