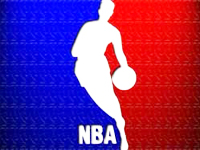 Wade's free throws gave him a finals-record 21 and capped perhaps the most memorable game of this remarkably tight postseason.

Miami could clinch its first NBA championship on Tuesday in Game 6 at Dallas, but every game so far has gone to the home team, the AP reports.

When the Mavericks' final shot, because Josh Howard mistakenly called an early timeout, all they could manage was a half-court heave by Devin Harris, was off the mark, streamers fell from the top of American Airlines Arena, hosting its final game of the season.

When it ended, Dallas owner Mark Cuban ran onto the floor, complaining about the final 2 seconds when there was confusion over Dallas' final timeout.