The fire broke out around 9:30 p.m. (1930GMT) Monday in a wagon of a maintenance train that was at a standstill in the northern tunnel of the Storebaelt rail link, according to the state-owned railway enterprise Banedanmark. Three workers escaped to safety to the southern tunnel and were taken to a hospital for observation. 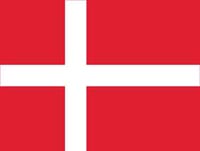 The southern tunnel was closed overnight to allow emergency units to reach the fire, the AP reports.

The Storebaelt rail link was opened in June 1998. It connects Zealand, where Copenhagen sits, with Funen, which is linked by a short bridge to the Jutland peninsula and the European continent.