The package would "allow us to engage in negotiations based on trust, respect and confidence," Solana said. 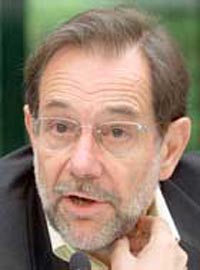 Details of the proposals have not been made public, but an early draft indicated that if Iran agrees to abandon uranium enrichment, the world would offer it help in building nuclear reactors, a guaranteed supply of nuclear fuel, according to the AP.

The United States has reportedly sweetened the offer by saying it would lift some bilateral sanctions on Iran, such as a ban on Boeing passenger aircraft and related parts, if Iran agrees to an enrichment freeze.

The offer contains the implicit threat of U.N. Security Council sanctions if Iran continues to insist on enriching uranium, a process that can produce fuel for generating electricity or material for making nuclear bombs.