Baby, 5 days old, missing in Texas , was found safe. Newborn Priscilla Nicole Maldanado was found in car seat under a condominium carport. She was taken to hospital. Her mother goes to prison. 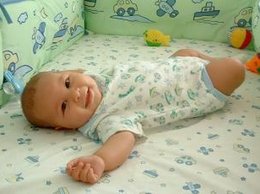 Soon after Priscilla was born, her mother told police, a woman in medical scrubs would stop by her hospital room, asking questions about the baby. Then she had a kind offer: She wanted the woman's address so she could give her a swing and some clothes.

Police say that woman was only posing as a nurse, and fled with the newborn when she arrived home. Detectives found the baby late Monday.

Ysasaga said her daughter would remain at University Medical Center overnight for observation. Ysasaga and the baby's father, Jesse Maldonado, planned to remain with her. A hospital spokesman said Priscilla appeared to be doing well.

The suspect Jones and her husband were being questioned. Jones closely matched the description the baby's family had provided of the woman who had visited them several times in the hospital last week and came to the home, Bassett said, reports the AP.