Angela Merkel to meet Jacques Chirac for talks on Iran 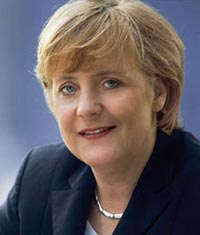 Angela Merkel to meet Jacques Chirac for talks on Iran

The meeting in Rheinsberg, north of Berlin, is the latest in a series of regular informal get-togethers that also have included the two countries' foreign ministers.

Germany, France and Britain have long been at the forefront of diplomatic efforts to defuse concerns over Iran's nuclear intentions.

On Tuesday, the European Union's foreign policy chief was expected to present to Iran a six-nation package of rewards and penalties, drawn up by the three EU countries along with the U.S., Russia and China, aimed at weaning Iran away from uranium enrichment, the AP reports.

On the EU front, Germany is looking ahead to its six-month stint in the European Union's rotating presidency in early 2007.