Asia-Pacific nations tested their capability to respond to a human pandemic virus received from bird flu during an exercise in Australia 's capital on Tuesday, the government said. The hypothetical scenario involved human-to-human transmission of a virus that mutated from a strain of bird flu and spread quickly across the Asia-Pacific region, Attorney-General Philip Ruddock said. 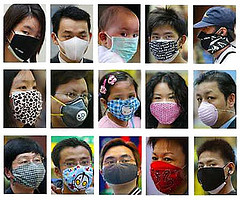 Officials from 21 Asia Pacific Economic Cooperation forum governments attended a briefing on the exercise in Canberra on Tuesday, he said.

Other countries worry this problem too. For example, the Norwegian Food Safety Authority imposed the ban on eight southern counties in February as a step toward preventing the possible spread of the deadly virus. The type of bird flu has not been detected in Norway , reports “Pravda.ru” recently.

The exercise involved officials from relevant government agencies around the region spanning eight time zones making real-time decisions and sharing information based on a hypothetical scenario, he said. There were no field operations involved.

"The simulation is designed to test and strengthen emergency communication across the Asia-Pacific region in the event of a global human influenza outbreak," Ruddock said in a statement.

"This is the first exercise in a series that will prepare the emergency management sector for a large-scale medical emergency," he added, reports the AP.