Former Indian beauty queen Sushmita Sen was invited to play in new Bollywood movie with young Indian actor Shiney Ahuja, a newspaper reported Tuesday. The romance is based on the premise that opposites attract, Ahuja told The Times of India newspaper while discussing his role as a quiet doctor who falls in love with a loud rock musician. 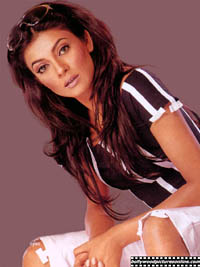 The movie "Zindagi Rocks" or "Life Rocks" is being shot in the beach-rimmed western Goa state.

Since his Bollywood debut three years ago, Ahuja has acted in seven movies the most recent was "Gangster" about a mobster on the run from the law, reports the AP.