Debates over telecommunications bill in US Congress: Who will run the Internet? 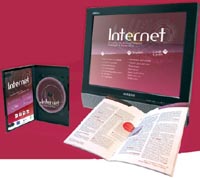 Debates over telecommunications bill in US Congress: Who will run the Internet?

The most far-reaching telecommunications bill in a decade has as its main purpose making it easier for phone companies to compete against cable companies in offering the equivalent of cable TV, and streamlining the approval process for both. The promise to consumers is lower prices and more choices.

But the biggest controversy is a different issue, so-called net neutrality. The idea is that all Web sites should get the same treatment from cable and phone companies for use of their broadband, high-speed Internet lines.

The rockers and evangelists,  joined by Microsoft, Google and Yahoo!,  fear that telephone and cable companies who control the Internet highway will put their own products in the fast lanes and relegate those unwilling to pay premium fees to poorer quality and slower service, the AP reports.

In their corner are the Christian Coalition, National Religious Broadcasters and Gun Owners of America as well as liberal Web-based entities such as MoveOn.Org and recording artists REM, the Indigo Girls and Moby.

Both the House and Senate bills, sponsored by the chairmen of their two commerce committees, respectively Rep. Joe Barton of Texas and Sen. Ted Stevens of Alaska, address net neutrality, but in language that critics say is too weak to prevent discrimination.