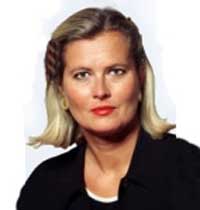 Plassnik, speaking on behalf of the European Union, told the European Parliament the prison at the U.S. naval base in Cuba is seen as a "cause for genuine concern" by EU member states, and called the prison an "anomaly."

Most political groups in the EU Parliament backed Plassnik's call for Guantanamo to close. Earlier this year, the assembly passed a resolution calling for every prisoner at the detention center to be treated in accordance with international humanitarian law and stand trial without delay by a competent, independent and impartial tribunal, the AP reports.

The United States holds about 460 men at Guantanamo on suspicion of links to al-Qaida or the Taliban. Ten of the prisoners have been charged.

European leaders have been harshly critical of documented abuses at Guantanamo, and human rights groups including Amnesty International also have called for the closure of the facility.

The issue is likely come up when U.S. President George W. Bush visits Vienna, Austria, on June 21 for an EU-U.S. summit.

Elmar Brok, the German conservative chairing the parliament's foreign affairs committee, said the United States has made a genuine effort to address the Guantanamo issue and has improved the living conditions at the prison.