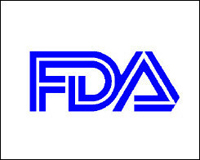 Approval of Omnitrope, made by Sandoz, was announced Tuesday in a statement on the FDA's Web site.

Omnitrope, also known as somatropin, is a hormone used to treat growth disorders in children and adults.

It is made using recombinant DNA technology, and the approval noted that Omnitrope is considered a follow-on product, meaning it is so similar to other products already approved that the safety and efficacy data for those products could be considered in approving the new version, the AP reports.

However, in its statement the FDA stressed that this action "does not establish a pathway for approval" of other follow-on products.

The human growth hormone has several characteristics that enable one version to be compared to another for purposes of approval, FDA said. For example, the hormone is well understood, does not have added sugars increasing its complexity and has a long history of clinical use.

Omnitrope has previously been approved for use in Australia and Europe.

Sandoz, a division of Novartis, first applied for approval of the product in July 2003. In 2004 the FDA said it was unable to reach a decision because of scientific and legal issues and it later held public meetings to discuss the approval process for follow-on products.