Charles Webb agrees to publish sequel of the book "The Graduate" 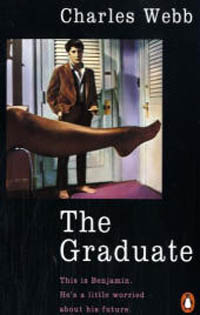 Charles Webb agrees to publish sequel of the book "The Graduate"

The 1967 film adaptation made a star of Dustin Hoffman and created a screen icon in Anne Bancroft's Mrs. Robinson.

Decades on, Webb is ready to reveal the characters' fate.

"Home School" picks up the lives of Braddock and Elaine about 10 years on, living in upstate New York with their two children and trying to keep Mrs. Robinson at bay.

Random House said it planned to publish the book in Britain in June 2007. It has world rights to the novel, but has not announced a U.S. publication date.

Paul Sidey, editor at Random House's Hutchinson imprint, said the book was "short, sharp and very funny. And there is a last hurrah for the mother-in-law from hell."

Earlier this year, he faced eviction from his apartment in Hove, southern England, because of unpaid rent.

Webb, 66, said it was the threat of homelessness for himself and his partner of 40 years - a woman who goes by the name of Fred - that prompted him to approach publishers with the novel he had been working on for several years, the AP reports.

The movie version of "The Graduate" made millions, but Webb, who did not get a share of the film rights, did not receive any of the money.