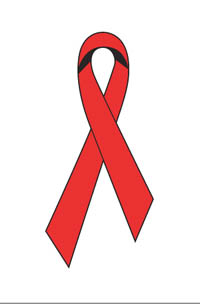 About 20 demonstrators had come to the building to deliver a letter to U.S. Ambassador John Bolton. Charles King, one of the organizers, said they were denied admittance to deliver the letter, which prompted the sit-in. It was not immediately known how many of the protesters had chained themselves together.

The letter criticized the United States for not fulfilling everything it pledged at the U.N. General Assembly Special Session on HIV/AIDS in 2001.

"We're here to bring public attention to the fact that the United States signed the declaration on AIDS ... but it's failed to keep many of the promises it made," King said.

The protesters chained themselves in a circle while chanting "End AIDS Now!"

Police used bolt cutters on the heavy chains and removed the protesters. Some walked out, but others had to be carried away.

On Wednesday, U.N. Secretary-General Kofi Annan addressed a high-level meeting of the General Assembly where leaders from around the world gathered to think up new ways to tackle the deadly virus. Annan said the world has fallen far short of fulfilling the promises made five years ago to fight HIV/AIDS.

A major United Nations report on Tuesday found that AIDS had slowed but was still spreading.

The Bush administration has come under criticism from some for emphasizing the abstinence aspect of prevention, the AP reports.