More bird flu expected in Romania in the fall

Authorities warned that Romania could see a new wave of bird flu later this year, as migrating birds pass, and confirmed more than 100 cases in recent weeks. The H5N1 bird flu strain which experts are tracking and studying for possible mutation has been detected in 116 communities in Romania since it reappeared in the country on May 12. 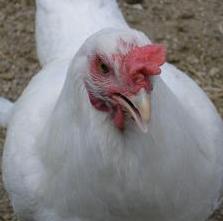 More bird flu expected in Romania in the fall

"Specialists have warned that the bird flu virus continues to exist in the environment, and they do not exclude the possibility of a new wave of bird flu in the fall, because of the migrating birds," Agriculture Ministry spokesman Adrian Tibu said. Romania, which reported its first cases in October, saw the virus subside and then reappear this month in farm birds in dozens of villages.

Authorities and citizens both need to take measures to keep domestic and farm birds away from wild birds, the government said. More than 20 people, including the owners of farms in Codlea village and a veterinarian, are under investigation for allegedly contributing to the spread of the disease. The farm owners are suspected of selling poultry meat from their farms, despite knowing birds had been infected. The H5N1 strain had decimated poultry stocks in Asia, and spread from Asia to at least 10 countries in Europe and Africa.

At least 127 people have died from H5N1 in the past three years, but most human victims were infected directly by sick birds. Scientists fear the virus could mutate into a form that can easily be transmitted between humans, sparking a pandemic, reports the AP.