New Zealand's foreign minister on Wednesday met the most senior Israeli official to visit New Zealand in more than 20 years, later saying their talks carried forward the relationship between the two nations. Ron Proser, director general of the Israeli Foreign Ministry, was in Wellington to meet Foreign Minister Winston Peters and senior officials to discuss bilateral and international issues. 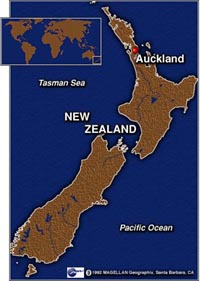 Relations between New Zealand and Israel cooled in March 2004 when Israeli citizens Uriel Zoshe Kelman and Eli Cara, whom Wellington alleges were agents of the spy agency Mossad, were arrested in Auckland on charges of passport fraud. The pair were convicted in 2005 of trying to fraudulently obtain New Zealand passports.

The two men served two months of their six-month prison sentences and were deported. New Zealand demanded and won an apology from Israel, which Prime Minister Helen Clark said proved the pair were spies. The bilateral relationship has since been repaired, with Israel reopening its embassy in the capital, Wellington, last year.

Peters said Proser was the most senior Israeli official to visit New Zealand since 1984. "I welcomed the visit as an opportunity to discuss issues of common interest, particularly in respect of New Zealand's relations with Israel, and the outlook to the Middle East peace process," he said in a statement. "Our shared democratic traditions provide a good basis for a productive dialogue and Mr. Proser's visit was an opportunity to carry forward relations between our two countries," he added, reports the AP.