Indonesia's powerful weekend earthquake toppled massive walls at the sultanate of Yogyakarta's former pleasure garden, killing two people, officials said. The falling walls, enclosing an underground mosque and passageways, crushed several nearby houses, killing a mother and her child, they said. The remarkable Tamansari, or Water Castle, pleasure garden was built from 1758 to 1812 by the first sultan of Yogyakarta. It was abandoned after being damaged by an earlier earthquake in 1867, but restoration began in 2000 and the site has become a tourist attraction. 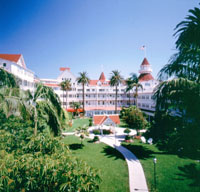 The garden has been closed to visitors since Saturday's earthquake, said Kirbunanto, a local tour guide. "Local residents are still afraid to sleep in their homes after the houses were crushed by the collapsing ancient walls," he said Tuesday. The magnitude-6.3 earthquake, centered in the ocean south of the city, killed more than 5,800 people and made 200,000 homeless.

The pleasure garden once had an artificial lake over underground passageways and chambers which included living rooms, bedrooms, a hall to perform classical sacred dance and a circular mosque. The lake was used for boating and by the sultan to swim with his concubines. Since the 1867 earthquake, the sultan's employees and their families have been allowed to live in the available land. The current sultan, Sri Sultan Hamengkubuwono X, is Indonesia's only remaining ruling sultan and is also governor of Yogyakarta.

Today, small villages surrounding the pleasure garden are occupied by artists notably painters, batik-makers and silver craftsmen who are the descendants of royal artists. Restoration of the central courtyard, including bathing pools, was finished in 2004 with the help of the Portuguese government. Many other buildings in the Yogyakarta area also were damaged by Saturday's earthquake, including the world-renowned Prambanan Hindu temple complex outside the city, reports the AP.