Prime Minister Jiri Paroubek accused his political rivals Tuesday of trying to undermine him through scandal, and manipulate voters in this weekend's parliamentary election. Paroubek's Social Democratic Party is in a close race with the conservative Civic Democratic Party, with analysts unable to predict a winner. "Let us defend democracy against the putschist practices of the Civic Democratic Party," Paroubek said in a statement Tuesday. 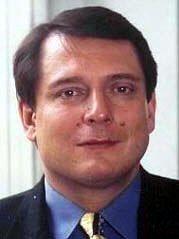 On Monday, media reported that a secret document by the head of the police squad on organized crime was accusing Paroubek and his party were obstructing several corruption investigations, including the case on the January murder of mafia boss Frantisek Mrazek.

The document, which reportedly was leaked, gave no evidence for the claims allegedly made during a Monday session of the parliament's security committee. Paroubek accused the head of the crime squad, Jan Kubice, of conspiring with his political rivals.

Czech President Vaclav Klaus said also Tuesday he was "seriously concerned" over the leaked information, and hoped for a quick investigation after the Friday-Saturday election. Paroubek has filed a lawsuit accusing his main rival, Civic Democratic Party leader Mirek Topolanek, of slandering him by alleging during a live TV debate that the prime minister had links to organized crime, reports the AP.