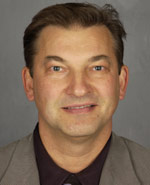 Russia, which last won the world championship in 1993, finished fourth at the Turin Olympics in February.

He retired in 1984 and was inducted into the hockey Hall of Fame five years later. He served as assistant coach for the Chicago Blackhawks in 1990-91 and was elected to the Russian parliament in 2003, reports the AP.