The deadly H5N1 strain of bird flu has been confirmed at five more poultry farms near the Pakistani capital and some 25,000 chickens were culled there, an agriculture ministry official said Friday. The disease was reported at the farms in Tarlai, a village about 20 kilometers (13 miles) from Islamabad , said Mohammed Afzal, a spokesman for the Ministry of Food, Agriculture and Livestock. 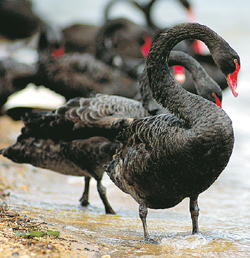 The outbreak in Tarlai was reported days after the deadly strain was confirmed at a farm in another village near the capital. "We are saying it (H5N1) is there. This is a continuation of the second outbreak (of the disease)," Afzal said of the virus in Tarlai.

Pakistani authorities confirmed the first outbreak of the H5N1 strain of bird flu at two chicken farms in the country's northwest last month. There have been no reported cases of human infections. On Tuesday, the Ministry of Health said that tests carried out on four people over suspicion that they had bird flu were negative.

U.N. officials could not be immediately reached for comment on the latest outbreak at the poultry farms. Prices of chicken have fallen in Pakistan since bird flu was reported, and many people have switched to eating beef and mutton. Other countries bordering Pakistan Iran, India and Afghanistan have also reported the H5N1 strain of bird flu. Globally, there have been a total of 111 human deaths, most of them in Asia , from bird flu since 2003, according to the World Health Organization, reports the AP.