Belarus opposition leader Alexander Milinkevich was planning to visit Oslo this week to discuss the political situation in his country with Norwegian officials, a human rights group said Tuesday. Berit Lindeman, of the Norwegian Helsinki Committee, said Milinkevich was arriving Wednesday evening for meetings with Prime Minister Jens Stoltenberg and other top officials. 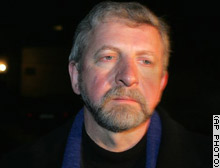 The Belarusian opposition and Western governments have criticized last month's presidential election in the former Soviet republic as flawed. Milinkevich came in second with 6.1 percent of the vote, behind President Alexander Lukashenko, who was re-elected with 83 percent. Last week, the 25-nation European Union imposed a visa ban on Lukashenko and 30 other top Belarus officials.

Lindeman said Milinkevich was scheduled to meet Stoltenberg and the Norwegian Parliament's foreign affairs committee, and also planned to join a seminar. On Friday, he was set to meet Norwegian Foreign Minister Jonas Gahr Stoere. The Helsinki Committee said the high levels of the meetings were a strong indication of Norway 's support for the Belarus opposition. Before entering politics, Milinkevich, 58, was a frequent visitor to Norway as guest of the Helsinki Committee, which backed his human rights efforts, reports the AP.