New Zealand 's foreign minister was meeting with European Union officials in Vienna on Tuesday as the 25-nation bloc seeks to forge closer ties. Winston Peters was to meet with his Austrian counterpart, Ursula Plassnik, whose country holds the EU's rotating presidency, as well as with Benita Ferrero-Waldner, the EU's external affairs commissioner. 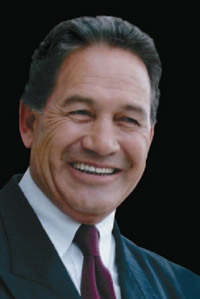 Last autumn, New Zealand 's prime minister, Helen Clark, underscored the close ties between her nation and the EU, which she said shared "a common culture and a common inheritance." Tuesday's meeting was expected to focus on economic and tourism issues.

In 2004, New Zealand did about 5.8 billion (US$7 billion) worth of trade with the EU, making the bloc its second-largest trading partner after Australia . More than 460,000 Europeans visit the South Pacific country each year, according to EU estimates, reports the AP.