Russia to host new round of talks with U.S., EU, China on Iranian nuclear program

Russia will host another round of talks next week with the United States , the European Union and China on Iran 's nuclear program, the Foreign Ministry said Friday. The talks will be held in Moscow on Tuesday, said Foreign Ministry spokesman Andrei Krivtsov. 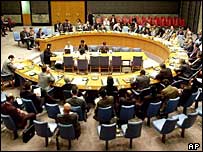 Russia to host new round of talks with U.S., EU, China on Iranian nuclear program

China said Thursday that Cui Tiankai, assistant to Chinese Foreign Minister Li Zhaoxing, would visit Iran and Russia on April 14-18. Russia and China , which have strong economic ties with Iran , have opposed the U.S. push for international sanctions against Iran over its nuclear program.

U.S. Undersecretary of State Nicholas Burns will also be in Moscow on Monday for a meeting of political directors of the Group of Eight, the U.S. Embassy said. Mohamed ElBaradei, the chief of the International Atomic Energy Agency, visited Tehran on Thursday and pushed Iranian officials to suspend uranium enrichment until questions over Tehran 's nuclear program have been resolved. But Iranian President Mahmoud Ahmadinejad said Iran will not retreat "one iota" on its uranium enrichment.

Iran insists on its right to enrich uranium as part of a civilian power generation program, but the United States and others accuse Tehran of covertly pursuing a nuclear weapons bid and demand a halt to all enrichment activities, reports the AP.