Saudi Arabia 's Crown Prince Sultan bin Abdul-Aziz arrived in Tokyo on Wednesday for talks that are expected to focus on a continued stable supply of oil for Japan . The crown prince, who last visited Japan in 1960, is to meet with Emperor Akihito and Prime Minister Junichiro Koizumi on Thursday, the Foreign Ministry said. Koizumi is expected to seek a steady supply of oil for Japan , which must import most of its energy needs. 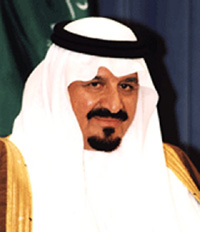 Saudi Arabia , the world's largest oil exporter, is Japan 's single largest source of crude oil. Japan imported 1.23 million barrels (51.66 million gallons) of crude oil per day from Saudi Arabia last year, according to Japanese government figures. The two sides will also sign an agreement to bolster ties in the fields of culture and other areas, the ministry said in a statement. The Saudi crown prince is also scheduled to meet with Japanese business leaders before leaving for home Friday afternoon, the ministry said, reports the AP.