The leaders of Israel's two largest parties, Kadima and Labor, were to meet later Tuesday to start coalition talks, signaling the end of a rift that began after last week's national election, officials said. 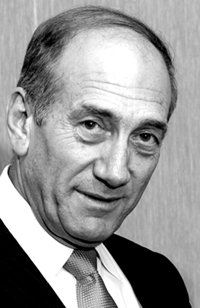 Kadima, headed by acting Prime Minister Ehud Olmert, emerged as the largest party in parliament with 29 out of 120 seats, followed by Labor with 19 seats. Under Israel's electoral system, the leader of the largest party is traditionally asked by Israel's president to try to form a coalition government.

However, Labor recommended to the president that its leader, Amir Peretz, should be asked to form the government. It was not clear whether it was a serious recommendation, or an attempt by Labor to pressure Olmert in coalition talks. Peretz, an ex-union boss, wants to become finance minister, a demand Olmert is loathe to meet.

Despite the disagreement between Kadima and Labor, Olmert and Peretz were to meet Tuesday, signaling an end to their rift, reports the AP.