Just weeks after its launch, the Chinese-language edition of Rolling Stone magazine faces an uncertain future after authorities said they had dissolved its publishing agreement with a local partner. 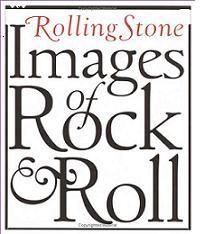 The reason for the dissolution wasn't clear, with a Shanghai Press and Publication Bureau official merely saying there was a "problem with the formalities."

However, the official, who wouldn't give her name or title, denied the magazine had been ordered to stop publishing.

Foreign magazines must take on a local partner in order to obtain a Chinese publishing license, a process that can take months or even years.

The Shanghai official appeared to imply that Audiovisual World could continue to publish some form of Rolling Stone.

A woman who answered the phone at Audiovisual World's offices wouldn't comment on the official's remarks, saying only: "If that's what they said is happening, then that is what's happening."

Rolling Stone's editor in chief, Hao Fang, declined to comment on the Shanghai bureau's action, but said he still planned to bring out next month's issue.

"What I can tell you is that we're still working as usual. I don't what to challenge the government department," Hao told The Associated Press.