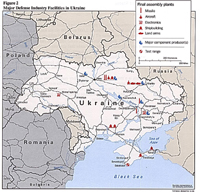 The party, headed by ex-premier Viktor Yanukovych, won about 29.64 percent of the vote, followed by Yulia Tymoshenko's party with 22.46 percent.

Tymoshenko was prime minister from February to September last year in the government under President Viktor Yushchenko's after overthrowing former President Leonid Kuchma.

Yushchenko's Our Ukraine bloc was in third place with 15.56 percent, the results showed.

Earlier, exit polls released after the close of the voting Sunday suggested the Regions would get 31 percent of the overall vote, Tymoshenko's bloc 24 percent and Our Ukraine would be third with 16 percent, reports Xinhua.