China isn't keen to expand its trade surplus with the United States, Foreign Minister Li Zhaoxing said Tuesday, although he contended that exports of Chinese-made fake Christmas trees were but one of many benefits of expanded trade. 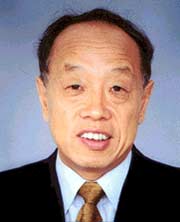 Trade with China has helped create between 4 million and 8 million jobs in the U.S., Li told reporters in an annual news conference on the sidelines of China's parliamentary session.

Inexpensive products made in China benefit U.S. consumers, and help keep inflation in check, he added.

"Perhaps you know that many of the man-made Christmas trees used by American families are made in China. This helps conserve the U.S. environment," Li quipped.

China's trade surplus with the United States surged to a record high US$201.6 billion (euro169 billion) last year, increasing pressure on the administration of U.S. President George W. Bush from lawmakers who want to see a crackdown on what they believe are unfair trading practices by China, such as manipulating its currency and copyright piracy.

"China is by no means pursuing a trade surplus," Li said. "We are very willing to do what we can to address this problem of the trade imbalance."

Li urged Washington not to risk marring ties by yielding to pressure for sanctions. And he reiterated Beijing's calls for the U.S. side to lift export restrictions on high-tech products that could be used for military purposes, saying those limits were a key reason behind the continued trade imbalance.

"The reasons for the trade surplus are very complex," Li said, noting that China's purchases of Boeing Co. aircraft, soybeans and cotton have helped make the country America's biggest export market for many products, reports the AP.