Singaporeans who have sex with minors overseas to face prosecution

Singaporeans who have sex with minors overseas will face prosecution in the city-state under proposed changes to the existing penal code, a local media report said Friday. Ho Peng Kee, senior minister of state for law and home affairs, said the amendment will be implemented at the end of a continuing review of Singapore 's laws, The Straits Times newspaper reported. 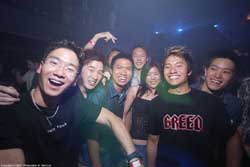 Singaporeans who have sex with minors overseas to face prosecution

Ho said he hoped the change would serve as a deterrent and send a "strong signal that we are against this abhorrent act." "Presently, Singaporeans who have sex with minors in other countries cannot be prosecuted in Singapore , as our courts do not have jurisdiction over them," Ho was quoted as saying in Parliament on Thursday.

"Members (of Parliament) urged the government to stop our nationals from preying on minors in other countries by denying them a safe haven through enacting legislation with extra-territorial effect," he said. "We have taken note of these views, and have factored them into our review." Sex with minors is an offense that carries a penalty of up to five years in jail and a fine of 10,000 Singapore dollars (US$6,000; Ђ 5,000) in Singapore . The legal age of consent in Singapore is 16.

Ho also said the law would be changed to criminalize exchanging money for sex with anyone under 18. The amendment was meant to protect young persons from engaging in commercial sexual activities, the report said. "Being more easily influenced, their consent can be impaired. As such, they are more vulnerable to being trafficked, controlled and exploited by pimps and traffickers who prey on them and live off their earnings," he said. Currently, prostitution is legal in the city-state, but soliciting is not, reports the AP.