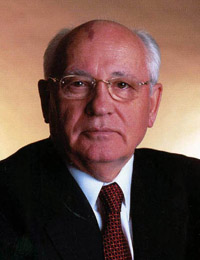 The former Soviet president invited 200 to 250 guests to dinner at a Moscow restaurant, "the ones that he would really be pleased to see," said his spokesman, Vladimir Polyakov. He declined to name the restaurant.

Gorbachev also invited his relatives, schoolmates and university friends from the Stavropol area, where he was born and grew up.

The architect of the policy of perestroika, which brought an end to the Cold War and led to the collapse of the Soviet Union, Gorbachev now heads the Gorbachev Foundation, a Moscow think tank, and Green Cross International, a Geneva-based environmental organization, reports Moscow Times.