Swedish authorities said Tuesday that a deadly strain of bird flu had been found in two wild ducks in southern Sweden , however they were unable to immediately confirm what strain. Agriculture Ministry spokesman Anders Gronvall would not confirm that the H5N1 strain had been detected, saying only that "it is the form people have died from, the kind we have feared." 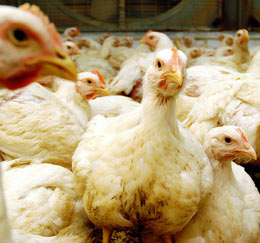 EU spokesman Philip Tod told reporters that the European Commission was informed of an outbreak of the H5 strain in Sweden , but said it was not yet clear whether the cases found were of the deadly H5N1 strain. Tod said samples were being sent to the EU's reference laboratory in Weybridge , England for confirmation.

Sweden 's Board of Agriculture said an "aggressive strain" of bird flu had been found in two of four ducks analyzed by the National Veterinary Institute. The birds were found near a nuclear power plant in Oskarshamn, about 250 kilometers (150 miles) south of Stockholm , the board said in a statement. It was the first known cases of a deadly strain in Sweden .

"The tests ... show that it probably is the same virus that has been circulating in Russia and China ," the agency said, adding samples had been sent to a laboratory in Britain for confirmation. Authorities were to announce more details at a news conference set for 1200GMT, reports the AP.