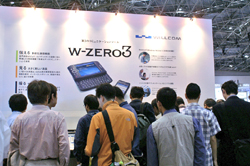 No formal request has yet been lodged, Kocher said, but declined to give further details of the inquiry. Such requests often are for information on Swiss bank accounts. The 33-year-old Horie was arrested in January and indicted with his former colleagues last week for using stock swaps and stock splits to artificially inflate stocks, and of giving false information about earnings of a subsidiary, reports the AP.