On February 13, US Deputy Representative to the UN, Jonathan Cohen, stated that Russia should return the Crimea and the Donbass region to Ukraine so that the United States could lift anti-Russian sanctions. 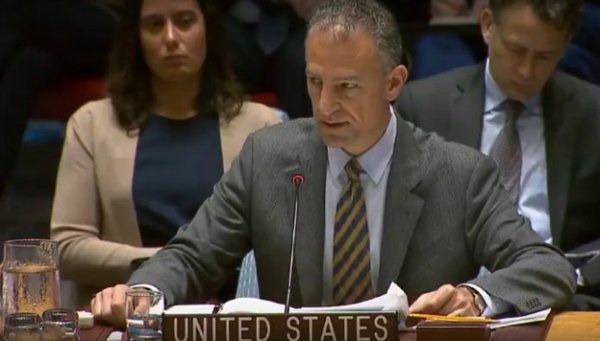 Speaking at a meeting of the UN Security Council, Cohen stressed that the United States does not accept the annexation of the Crimea. He added that the United States will never support the Russian Federation in this matter. The diplomat also said that the Minsk agreements were concluded 4 years ago, but there has been no progress reached regarding the crisis in Ukraine. Cohen called on Russia to fulfill its part of the Minsk arrangements without criticising the Ukrainian authorities for their inaction on the matter.

At the end of his speech, Jonathan Cohen said that the Russian military were still present in the east of Ukraine.