Russian and US presidents Vladimir Putin and Donald Trump will meet in Paris, but this is not going to be a full-fledged meeting, Putin's official spokesman Dmitry Peskov told reporters on November 6. 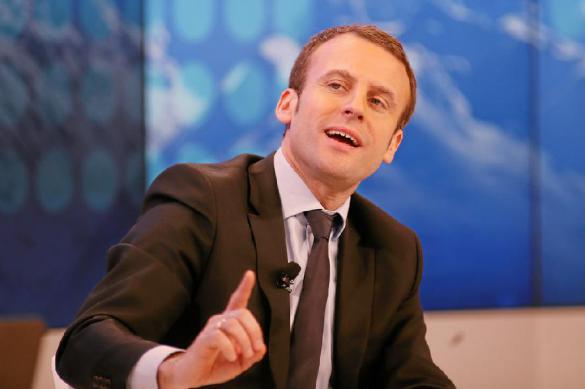 "Indeed, circumstances have changed a little. The multilateral format of events dedicated to the 100th anniversary of World War I does not make it possible to hold a full-fledged meeting for the two presidents," he said.

Therefore, it was decided that Putin and Trump will talk in Paris "on the go" and will agree on a full-fledged meeting in the future, Peskov added.

However, according to the Kommersant newspaper, the Putin-Trump summit in Paris failed because of French President Emmanuel Macron, who did not want the Russian-American summit to be held on the sidelines of commemorative events.

An unnamed source told the newspaper that the reason, for which the meeting between Putin and Trump did not take place, was simple. Emmanuel Macron asked Moscow and Washington not to hold full-format talks in Paris so that they do not overshadow the efforts that the French authorities have taken to organize a series of meetings and events dedicated to the World War I centenary.

On November 5, US President Donald Trump told reporters that he was not sure whether he would meet with Putin in Paris. At the same time, Trump did not rule out such a meeting during the G20 summit in Argentina, which will take place from November 30 to December 1. According to Trump, there will be many other meetings with Putin in the future.

It was believed that presidents Putin and Trump would discuss the issue of the INF Treaty during their meeting in Paris on November 11.