The US government announced a possibility to respond to the delivery of Russia's S-300 anti-aircraft missile systems to Syria by deploying stealth F-22 fighters in the area of the military conflict, The Drive said. 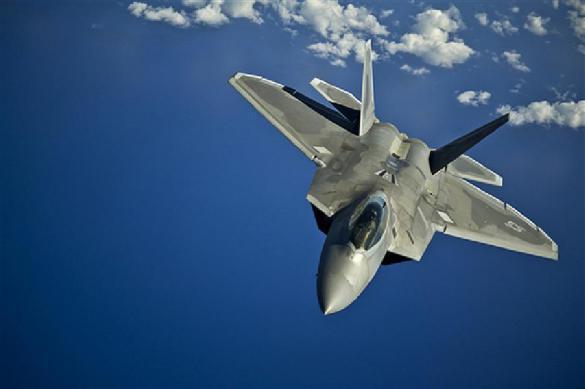 The fighter jets will participate in missions on the territory of that remains under the control of the Syrian army. The Pentagon believes that the S-300 system will not be able to cover the entire territory of northwestern Syria. In addition to F-22s, the USA may deploy F-16CJ fighters, the publication said.

On October 2, Russian Defence Minister Sergei Shoigu reported that Russia completed the delivery of S-300 anti-aircraft missile system to Syria. The decision to ship the system to Syria was made after Russia's Ilyushin Il-20 spy plane was shot down over the Mediterranean Sea.

According to Sergei Shoigu, Russia shipped 49 pieces of military hardware to Syria that included backlight radars, main target acquisition systems, command vehicles and four launchers. It will take Russian specialists in Syria three months to teach their Syria colleagues how to use the systems.