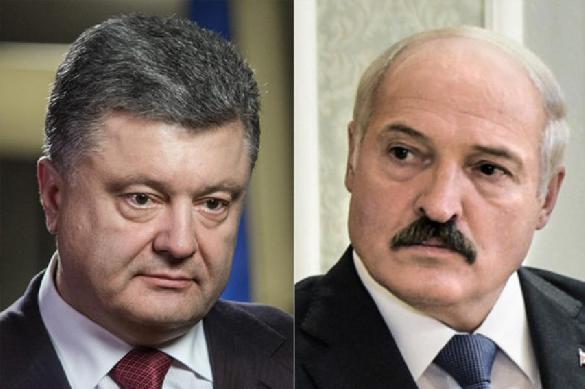 Thus, President of Belarus Alexander Lukashenko advocated strengthening of borders with Ukraine, while preventatives of the Belarusian government object to any proposals that Ukraine makes at any sort of international meetings and summits.

However, according to Belsat, Belarus is throwing dust in the eyes of Russian President Vladimir Putin. Belarus has never recognised the Crimea a part of Russia, and it appears that Minsk does not have an intention to do so. In addition, Belarus continues running a full-fledged cooperation with Ukraine, trying to stay away as much as possible from open military confrontation in the south-east of Ukraine.

Belarus ignores all of the challenges that Russia and Ukraine have been experiencing between each other during the recent several years. Minsk prefers to be on the neutral side. However, Belarus continues selling equipment and fuel to Kiev that the Ukrainian government subsequently uses for the war in the Donbass, Belsat says.

Earlier, it was reported that President of Belarus Alexander Lukashenko called China a "steel" brother of Belarus. The Belarusian leader expressed a hope that the relations between the two countries will continue to be as strong as they are today.

In turn, Ukraine's Petro Poroshenko pins all hopes to NATO saying that Ukraine is supposedly the last NATO stronghold in the east.