18:33
The Kremlin unveils Putin's earnings in 2020
15:09
Russia wants Turkey to approach Crimea issue differently
15:00
Crimea and Donbass would be dead without Ukraine, Zelensky says
14:11
Kremlin responds to Biden's pathetic speech about President 'Clutin'
19:28
Syrian pound collapses by 100% against US dollar
14:37
Ukraine wants nuclear power status back
13:36
Russia wants no 'one step forward, two steps back' with US
19:27
Patrushev: Ukraine may orchestrate war in Crimea with USA's help
18:36
Russian warships take to the Black Sea

The Government of the United States of America imposed a package of sanctions on China. However, the sanctions against China have affected Russia in the first place. 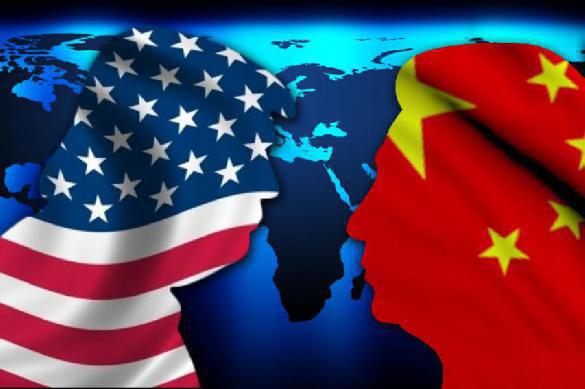 The new sanctions impose restrictions on Russia's arms deals after Beijing decided to purchase Su-35 fighters and S-400 anti-aircraft missile systems from Russia. It just so happens that China has become the first country that Washington has punished for cooperation with Russia.

Vasiliy Kashin, senior researcher at the Institute of Far Eastern Studies of the Russian Academy of Sciences, believes that the Chinese organisation that has fallen under the new sanctions deals with arms procurement for the Chinese army.

"American and European companies were prohibited from carrying out military-technical cooperation with the People's Republic of China back in 1989, after the USA imposed sanctions against China after the crisis on Tiananmen Square.

"In addition, the justification for the new US sanctions seems very far-fetched. The contracts for Su-35 fighters and S-400 anti-aircraft missile systems were signed long before Washington approved its CAATSA act. This problem arises in the context of the general escalation of the conflict between China and the United States, including the trade war. The Americans want to cut the Chinese from high technologies.

"These sanctions will not be able to change anything in China's behaviour, because it is too late to change anything there. This is a part of the economic war. This particular measure is not going to affect China much, because the Chinese military structure has little in common with the United States in its work," the expert told Pravda.Ru.