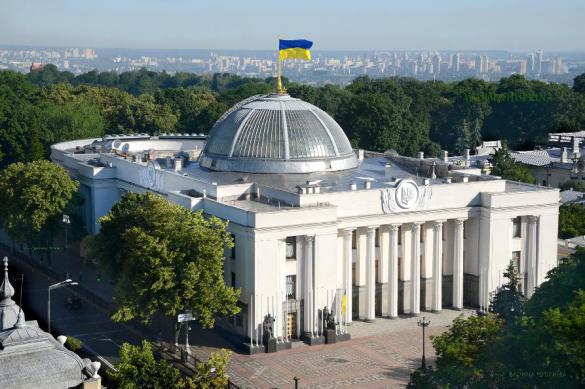 Ukrainian MPs drafted a resolution on the statement of the Verkhovna Rada of Ukraine regarding Ukraine's non-recognition of the legitimacy of the presidential election in the Russian Federation, their results, legal consequences and, accordingly, acts of the person illegitimately elected to this post. The draft resolution was uploaded on the website of the Ukrainian parliament.

The authors of the document are Verkhovna Rada deputies, members of the People's Front faction Maxim Burbak and Georgy Logvinsky.

On March 18, Ukrainian security forces, as well as representatives of radical organisations did not let Russian citizens enter polling stations located in Russian diplomatic missions in Ukraine (in Kiev, Odessa, Kharkov and Lvov).

For his part,  President of Ukraine Petro Poroshenko said that the official information on the election in the Crimea published in the Russian Federation was fabricated.

According to preliminary data, Vladimir Putin won the election of the Russian president having gained 76.66% of the vote. In the Crimea, Putin received 92.15% of votes. More than 40 international observers from 20 countries of the world were accredited for the Crimea elections, including from Israel, Spain, Italy, Germany , Sweden, Cyprus, Norway, Denmark, Ukraine, France.