It appears that the US authorities have accepted the fact of Bashar Assad's stay in power in Syria before the next presidential election in the war-torn country. 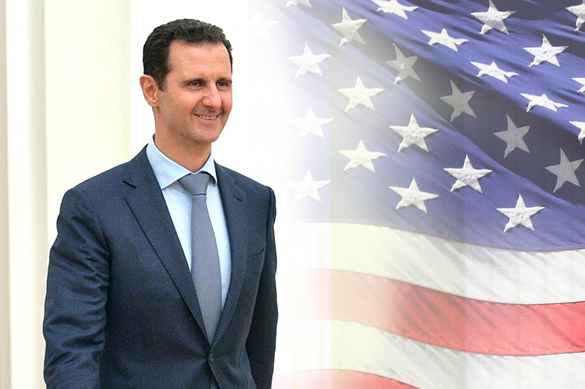 According to US and European politicians, such a state of affairs reflects the military reality in Syria and successful actions of Syria's allies - Russia, Iran and the Hezbollah movement that support the Syrian president.

The presidential election in Syria may take place in 2021. Even though the US has spent more than $14 billion on the campaign in Syria since 2014, the reality makes the American administration accept the fact of Bashar Assad's stay in power in Syria for at least four more years.

Presently, Syrian governmental forces control most the Syrian territory, including such large cities as Damascus, Hama, Homs, Latakia, and Aleppo. The actions of the Syrian opposition, supported by the United States, were ineffective," and the opposition movement itself split into factions.

Indeed, the Americans no longer say that Bashar Assad must go. Winning such a difficult war with the help of Russia, the Syrian president can now deal with his country's problems himself.