The video of Turkish President Recep Tayyip Erdogan falling asleep during a press conference with his Ukrainian counterpart Petro Poroshenko has gone viral on the Internet. 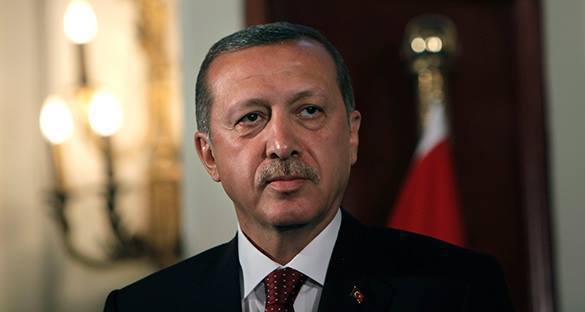 Bloggers ironically noted that Erdogan's nap in front of the cameras expressed his "support" for the words of Ukrainian President Poroshenko.

Earlier, Poroshenko offered Erdogan to join the group of the countries for the de-occupation of the Crimea. Recep Erdogan responded that Turkey was not going to recognize Russia's reunification with the Crimea.

First Deputy Chairman of the State Duma Committee for International Affairs, Dmitry Novikov, said in an interview with RT that Turkey taught yet another lesson to Russia.

"This is another lesson that shows that it is very difficult to build a long-term relationship with Turkey as U-turns in foreign policy can be possible even with one and the same president in power.  Generally speaking, Turkey has never been Russia's ally when it comes to the Crimea, and one needs to take it for granted to avoid illusions as far as Turkey's policies are concerned," the MP said.